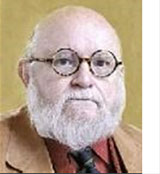 Garic Kenneth “Nikki” Barranger of Covington, Louisiana, died April 15, 2015, at age 80. Born December 7, 1934, he was predeceased by his parents, Dalton Joseph Barranger and Miriam Garic Barranger. He is survived by his daughter, Heather Dalton Case (husband Lincoln), two granddaughters, Marjory Dayle Case and Olivia Dalton Case, all of Covington, and his former wife, Milly Slater Barranger of New York City. He will be dearly missed by his companion of many years, Carol Darley, their cats Morgan Whiteny and Meowser, and their Yorkie, Pepper. He was a graduate of Covington Elementary School, St. Paul’s College in Covington, Yale University and Tulane University Law School. While at Yale, he was a member of Dramat, the student dramatic organization. He also belonged to the Elizabethan Club, and, as a senior, was tapped for the Elihu society. After receiving his law degree, he practiced in Covington and rose to senior partner in the firm of Barranger, Barranger, Jones Fussell. He represented the City of Covington in the seminal 1972 case Ross v. City of Covington, in which the city’s ox lots were first recognized and established as public domain, eventually leading to the city’s Division of St. John being placed on the National Register of Historic Places. He later established a solo law practice, where he championed underdogs and always sought that which was right and just. His legal skills proved invaluable during his tenure on the board of the New Orleans Jazz & Heritage Festival and Foundation, where he served as president from 1993 to 1995 and was President Emeritus at the time of his death. He was a Jazz Fest regular and was usually found in the Economy Hall tent, comfortably settled in his collapsible chair with feathered hat on his head and a book in his hands. He was a founding board member and legal advisor to Hospice of St. Tammany, the first hospice established in his home parish. Over the years, Nikki employed his dramatic talent in stage productions at Tulane’s Summer, and Summer Lyric, Theatres; the Gallery Circle Theatre; and Playmakers Theatre in Covington, which he helped organize. His stage appearances were a delight to his audiences. When the Playmakers theatre burned, he worked diligently to preserve the organization and raise the funds necessary to rebuild. In recognition of his many years of involvement and support, he was named an honorary life patron. For a number of years, he also edited an abridged version of a Shakespeare play read at the New Orleans Shakespeare Society’s annual gathering. His powerful oratorical skills made him a memorable lector at Christ Episcopal Church, Covington. Nikki was an opera lover and possessed in-depth knowledge of all things musical – instruments, composers, and singers – from many eras. He collaborated with folk singer Rose Anne Bivens in many performances and on two CDs. He had an extensive contemporary art collection and was a prolific author. He wrote poems, plays, short stories, and two books, one, “Continuities”, about his father, and another, “Southern Karma”, about his mother. Nikki was a staunch and unapologetic supporter of all things liberal. Over the years he devoted much time and money to the furtherance of minority rights, especially in St. Tammany Parish. School desegregation, Head Start, and a credit union for African-Americans were among his causes, and he helped a number of African-Americans from the Greater New Orleans area achieve their dream of a college education. Nikki possessed an uncommon gift for friendship, regardless of race, wealth, or status, and hosted many gatherings at Red Bluff, his family property on the Bogue Falaya River, where gracious hospitality and generosity have long been hallmarks. Nikki cultivated eccentricity and was very often “on stage”. He enjoyed good clothes, good Scotch, good food, and good parties. A long-time friend observed, “You only meet one person like Nikki Barranger in a lifetime!” Those of us fortunate enough to have done so lift our glasses and toast his safe journey. A memorial celebration will be held in early June. E.J. Fielding Funeral Home in Covington is in charge of arrangements. In lieu of flowers, donations may be made in Nikki’s memory to the St. Tammany Art Association, 320 North Columbia Street, Covington, LA 70433.