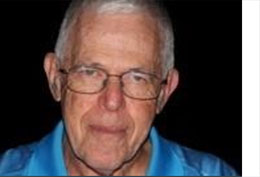 Charles J. Ascher, a resident of Meadow Lakes in East Windsor, passed away at the Princeton Hospital early Saturday morning, August 14th. He was 88 years old and had been a resident of West and East Windsor since 1968.

Charlie was born in Brooklyn, NY, on July 23, 1933, the only child of Albert Ascher and Frances (Arons) Ascher. Charlie never knew his mother, who passed away before his first birthday. He lost his father only a few years later. Raised by his loving grandparents in Brooklyn’s Flatbush neighborhood, Charlie attended PS 241 and, for his freshman year of high school, Stuyvesant. Born in the shadow of Ebbets Field, he pictured growing up to be a sportscaster. He never forgave the Dodgers for leaving Brooklyn.

With the passing of his grandparents, an aunt helped Charlie enroll in the Peddie School in Hightstown, NJ, where he was active with the student paper and the track team. After graduation in 1952, he went on to study industrial engineering at Yale. Charlie took two years off to serve in US Army intelligence in Germany, then returned to Yale to graduate with the class of 1958.

Charlie launched what would be a four-decade business career, joining typewriter manufacturer Underwood after graduation. He soon met Mary Vilven, a high school English teacher in White Plains, NY. They married the next year. After several moves with Olivetti (which acquired Underwood) and the birth of their two sons, Charlie and his young family settled in Princeton Junction.

Without parents from an early age, Charlie was ferociously dedicated to his family. He was also a committed volunteer, serving the Unitarian Universalist Congregation of Princeton in numerous capacities, including a term as president.

Charlie complemented his work for Yale with alumni relations work for the Peddie School. As an only, parentless child from Brooklyn, he was forever grateful for the wider world that was opened to him by his time at Peddie. He loved being able to give back to the place that gave him his start, and living directly across the street from it in his later years gave his life a profound symmetry.

Charlie reveled in the game of golf and took extraordinary pleasure in playing with his grandsons. He also enjoyed bridge, reconnecting with the game in his retirement. An inveterate traveler, Charlie loved nothing more than to travel with Mary to distant points on the globe.