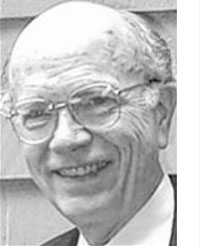 William Stanley “Stan” Brown, 77, of Chatham Borough, N.J., died on Wednesday, Jan. 16, 2013, at King James Care Center, where he had been residing since September 2012. A memorial service will be held at 11 a.m. this Saturday, Jan. 26, at Stanley Congregational Church, Fairmount Ave., Chatham. A light lunch will follow. Arrangements were under the care of Burroughs, Kohr & Dangler Funeral Home, Madison, N.J. Stan, born in Bedford, Ohio, attended the Mount Hermon School for Boys, where, at age 16, he met his future wife Leanna C. Young. Soon after graduating from Yale University in 1956, he married Leanna in Summit, N.J. A gifted mathematician and physicist, Stan earned his Ph.D. from Princeton University in 1961. He joined the Bell Labs Research Department, where he was a pioneer in the emerging fields of computer science and information systems. He continued to contribute to Bell Labs’ international planning program and its global information sharing community until his retirement in 1996. Stan was actively involved in his community, serving as a trustee of the College of Science and Liberal Arts at NJIT and president of the Stanley Congregational Church. He chaired the board of trustees of the Museum of Early Trades and Crafts in Madison and oversaw major fundraising and extension projects. He also served as president of the Chatham Youth Hockey Club and the Chatham Historical Society. He was the beloved father of Bill, a scientist at Momentive Performance Materials, and Stephen, an inventor at ExxonMobil. A proud grandfather of four, Stan enjoyed close relationships with Rob, Tom, Joseph, and Margaret. Having visited over 70 countries himself, Mr. Brown shared his passion for travel with his grandchildren, taking each of them on different international trips. In lieu of flowers, contributions to the Museum of Early Trades & Crafts, 9 Main St., Madison, N.J. 07940 will be greatly appreciated.