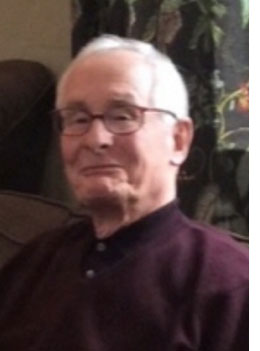 William Dayton (Bill) Peck was born in New York, New York to Robert Gray Peck, Jr. and Margaret Elizabeth Wern Peck. He was raised in Hinsdale, Illinois with his identical twin brother, Robert Gray (Bob) Peck, III. Bill attended prep school at the Wooster School in Danbury, Connecticut, from which he graduated in 1952. Bill and Bob were very close siblings: they roomed together, attended prep school and college together, after which they traveled Europe, and worked in the Sierras.

They shared a love of literature, languages, music and baseball, and were a great balance and support to each other from childhood to elderhood. Bill was able to have a great last visit with Bob in Pennsylvania in 2019, still singing opera to his brother and sharing stories from their youthful travels. It was at Wooster where Bill met his best
friend, Laurence (Larry) Hewes, with whom he shared a lifelong friendship. Larry was like a third brother to Bill and Bob. Bill and Larry would discuss and debate literature, art, religion, history, music and politics, and were always laughing.

Bill attended Yale University, receiving a Bachelor’s degree and PhD. His area of study was German philosophy, in particular the work of Emmanuel Kant. While at Yale, Bill became a member of the Elizabethan Club. In 1961 he was
hired to teach by Reed College in Portland, Oregon. Bill remained a professor at Reed for 40 years, savoring every year of teaching and scholarship, becoming a longtime member of the American Philosophical Association. He felt fortunate to have a position which enabled him to study his passion and to teach others about it. Bill loved everything about Reed: the students, the faculty, playing summer softball, singing with the choir, and being a human pawn in the Renn Fayre chess game.

At the wedding of Larry and Mary Hewes, Bill met his wife, Janet Diethem of Bronxville, New York. Their first date was attending a Miriam Makeba concert in Harlem. Bill and Janet became close as they shared a love of culture, travel, humor and languages (he spoke German and French; she French and Spanish), while seeing each other on trips to New York and New Haven. The two married on December 23rd, 1961. In 1967 Bill and Janet purchased a home in the Eastmoreland neighborhood of Portland, where Bill could walk to work, and lived there for thirty-five years. They celebrated their 59th wedding anniversary in December 2020, just a month before he passed away. Bill was a wonderful father to his children, especially when they were young. His singing, humor, expressive reading, sense of fun and affection were of great joy and comfort to them. He was always in his children’s corner: proud of their accomplishments and supportive when challenges arose. Even as a father, Bill remained a true intellectual: he loved reading and discussing ideas, logic, linguistics, history, aesthetics and the humanities. He was also an avid Trail Blazers basketball fan until his last days, using his precious energy to watch a few games in the week before his passing. Bill was grateful to see a new president elected in November 2020 and to witness the inauguration.

He passed away peacefully with his wife and children at his bedside. Bill is predeceased by his brother, Bob. He is survived by his wife, Janet Diethelm Peck, West Linn, OR; daughter Margaret Grace (Gretli) Peck, Portland OR; son
Christopher Peck (Christina Salter) and grandson Caleb Peck, Eugene, OR; and his beloved extended family. A private service was held by the family at River View cemetery in Portland, Oregon. In lieu of flowers, donations may be made to the Wooster School, 91 Miry Brook Road, Danbury, CT 06810 woosterschool.org or Chamber Music Northwest, 2300 SW 1st Ave, Suite 103, Portland, OR 97201 cmnw.org.