In Memoriam for Robert Wheeler

Although at Yale I did not know Bob well enough to call him by his nick-name, I was acquainted with him through his friendship with two of my roommates and vividly remember he was the last classmate I saw after graduation, before I drove home: we were standing before the Yale Coop on Broadway and with his captivating smile he said good-by and wished me well. I got to know him better when he moved back to New Haven.

Nietzsche once said the life of a great man ought to be summarized by three telling anecdotes. Here are my three for this great man.

1) He wrote a sentence in our 25th Year Reunion Book that defined his lifelong, guiding spirit: “I am proud and happy to know what so many in our class believed in and accomplished for others.” The last two words are what motivated him in his teaching, coaching, administrating activities, for which so many of us are grateful. Most, if not everything, of what he did was “for others”.

2) He had the courage to confront and battle 3 serious bouts of cancer by carrying on with all his social and career obligations as though everything were normal.

3) He had a leadership position for the I Have a Dream program to provide after school tutoring, mentoring, and academic support to 56 fourth graders of the East Rock School, a New Haven Public School, each year until they graduated from high school and then to pay for their college or vocational school costs up to what UCONN would charge. He labored tirelessly to fund the program, helping to secure $800,000 in pledges from classmates. The result of his endeavors along with others was astonishing: 79% of the Dreamers graduated from high school, 59% of them attended a 4 year or 2 year college or a vocational school. New Haven and those 56 students were greatly enriched.

Well done, Brother Wheel, and may God have mercy on your soul. 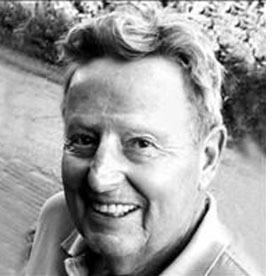 Robert (Wheel) Borden Wheeler, born in 1934 in Fall River, MA, was the first child of George and Margery Wheeler. He and his sister Joan grew up at St. George’s School in Newport, RI, where his grandfather and father taught for a cumulative 99 years. Bob obtained his degree in History from Yale University in 1956 and joined the Navy, where he reached the rank of Lieutenant (junior grade).

He married the gregarious, warm and adventuresome Elizabeth (Wendy) Allen (1936-2013) in 1959. Bob taught at the Hawken School in Shaker Heights, OH for many years before becoming head of Upper School at the Park School in Brookline, MA. He was committed to Socratic learning and always fostered debate and discussion amongst students and teachers. Bob then joined Yale University as an admissions officer, where he worked to expand diversity and offer more opportunities to students from less advantaged backgrounds. He spent his life advocating for access to education.

Bob and Wendy moved to Linden Ponds, Hingham, MA in 2011. After 54 years of marriage and shared adventures, Bob lost Wendy to breast cancer in 2013. After her death, Wheel lived independently. His hobbies were gardening, fishing, and travel, but Bob’s true passion was reading, learning and hearing the latest news from any quarter. He never lost his love of baseball, and shared this passion with his children and grandchildren. Wheel was an active, thoughtful listener, always ready to get to the heart of a problem, struggle or concern.

He died peacefully in his sleep Friday morning surrounded by his loving family. Bob is survived by his sister Joan Kaufman and his four children and their families; Daniel and Maggie Wheeler (Los Angeles, CA), Andrew and Deb Todd Wheeler (Newton, MA), Beth Wheeler and Emmy Shacter (Takoma Park,MD) and Amy Wheeler and partner Tim Reny (Simsbury, CT), many beautiful grandchildren, and one great grandson, all of whom he delighted in spending time with in his beloved Westport Harbor. A Memorial Service for Bob will be held at Saint Columba’s Chapel in Middletown, RI. In lieu of flowers, Please donate to the I Have a Dream Foundation.