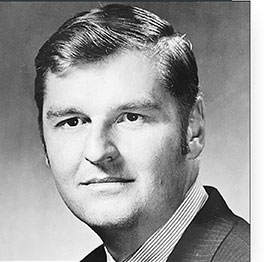 He died peacefully with three of his sons and his wife of 65 years, Carolyn, by his side. Bob is survived by four sons, Robert Jr., Steven, Thomas, and Gregory; and grandchildren, Chelsea and Shane.

Robert the youngest of three children born to the late Paul and Laura Cumings of Wellesley Hills and West Falmouth, MA. A graduate of Noble & Greenough School, class of ’52, Bob attended Yale University and later served in the USMC before graduating from Boston University in 1959, where he captained the successful basketball team that reached the Elite Eight in the NCAA championships. Bob was selected by the Boston Celtics in the sixth round (48th pick overall) of 1959 NBA draft. An avid sailor and accomplished tennis player, Bob had the opportunity to play against such greats as Vic Seixas, Ken Rosewall and Roy Emerson. Bob’s professional career included being director of the BU Alumni Assoc. and president of the Greater Boston Convention & Tourist Bureau from 1975 to 1990. In later years, Bob and his wife, Carolyn, owned and operated the New England Brass and Tool Company. Bob’s voluntary service included being president of the International Association of Convention & Visitor Bureaus (IACVB), The president of the Freedom Trail Foundation and President of Sail Boston, 1992. Bob and Carolyn have been residents of Winchester for over 50 years.

Per his request, he will be cremated. In lieu of flowers, contributions may be made to the American Cancer Society. An online memorial service will be held at a later time. For more information about the service, please send an email message to bob@praziusa.com.