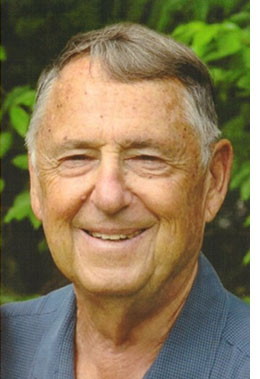 Lawrence Boris Weinstein (Larry), a lifelong resident of the Red Bank area, passed away on Tuesday, October 12, 2021 in his 89th year of life, after a courageous battle with prostate cancer.

Larry was born on July 5, 1933 at Riverview Hospital to Gertrude and Samuel Weinstein. He attended high school at Phillips Exeter Academy in New Hampshire and graduated from Yale University in 1956 with a BS in Industrial Engineering. While there, he was an All-American swimmer and participated in the ROTC. Following graduation, Larry served in the U.S. Army for two years as an Artillery Captain.

Returning home from the military, Weinstein joined his father at Sterling Furniture in Red Bank where he would meet his wife of 55 years, Joyce A. Inselberg.

A beloved family man and story teller with comedic wit, Larry avidly played tennis and golf into his mid-eighties and was a die-hard spectator of the New York sports teams.

Larry is survived by the lives he touched, his wife Joyce, his children Dani (Clevens), Greg, and Ellen, his grandsons Bernard Clevens (Traca), Maxwell Clevens and Casey O’Connor, and his great granddaughter, Ruthie Clevens.