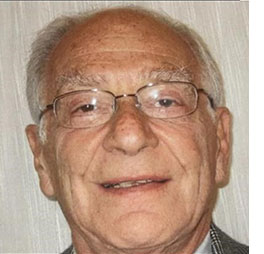 Dr. Bernard Allan Lublin of Henrico, Va., died June 5, 2022, at the age of 85. A graduate of Yale University and New York University Medical School, Bernie served as Lieutenant in the U.S. Navy before moving to Richmond in 1960 to complete an internship and residency in orthopedic surgery at Medical College of Virginia. He made Richmond his home and his dear Bobbie his wife. And while helping to raise three relatively obedient children, he materially improved the lives of many thousands of patients through the decades since as an Orthopedic Surgeon. His love of sailing naturally led him to the Chesapeake and many beautiful cruises along the Piankatank River. Building a place in Deltaville, he cultivated grape vines and intricately pruned the crepe myrtle branches. He planted Japanese cherry trees, not for his own pleasure but to help make the world a more beautiful place for those who came after. His love of learning and science permeated every aspect of his life. Any vacation abroad would be preceded by diligently studying several nonfiction books of the destination. In preparation for his trip to Israel he memorized Hatikvah, the national anthem. And any mysterious medical symptom was a problem to be fully investigated, solved and addressed. Bernie always remembered the quote he first heard upon graduation from Yale, “We’ll all do well; may some do good.” And this inspiration guided him to his greatest career achievement. Long before the Internet made medical information readily available, Bernie scoured medical journals to learn how chromosomal mutations cause breast and ovarian cancer, primarily in women of Ashkenazi-Jewish descent. He founded the Jewish Genetic Foundation (now part of American Technion Society), convinced the National Comprehensive Cancer Network to change their guidelines for the prophylactic treatment of these diseases and he convinced Myriad Genetics to develop and license pre-implantation genetic diagnosis for the first time ever, anywhere in the world. Over the past 25 years, he happily formed a strong group of snowbird friends in Naples, Fla., with whom he regularly attended Temple Shalom, the Phil, every speaker series available and ROMEO – Retired Old Men Eating Out. And he actively engaged in the charitable community there, receiving the 2016 Jewish National Fund of Southwest Florida’s Lifetime Achievement Award. And he loved spending time with his grandchildren – Oliver, Ava, Isaac, Nate and Caroline – hungry for details of their daily activities. He happily played quadruple solitaire with them, recognizing all along he was merely “cannon fodder.” Bernie was the beloved husband of 58 years of Bobbie Grossman Lublin; cherished father of Suzie (Brett) Tiplitz, Keith (Betsy) Lublin and Kathi Lublin; loving Poppa of Oliver and Isaac Lublin, Ava and Nate Paul and Caroline Tiplitz; survived by brother, Richard (Chris) Lublin; sister-in-law, Estelle (Jerry z”l) Grossman; nieces, Karen (Jon) Morton, Nancy (Jason) Lublin; nephews, Peter (Michele) Lublin, Richard (Bethany) Grossman; and countless other loving extended family and friends. Devoted son of the late Anna and Raymond Lublin, of Hartford, Conn. Graveside services were held at Hebrew Cemetery, on Wednesday, June 8. In lieu of flowers, it is suggested that those who wish to further honor the memory of Dr. Bernard Lublin may do so by enjoying a York Peppermint Pattie and making a contribution to American Technion Society, Jewish National Fund – Halutza Communities, or a charity of one’s choice.